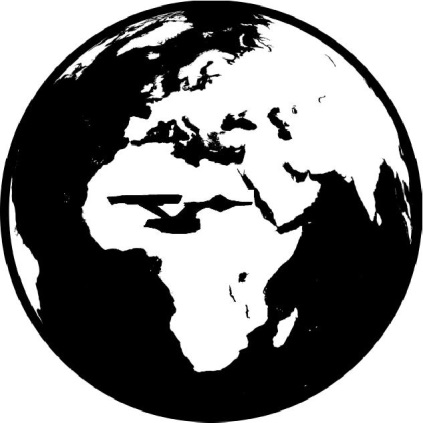 One of the problems in physical geography is that things are a bit slow.  If you sat watching them you would probably get bored; perhaps not if you were watching a pyroclastic flow, or were being shaken by an earthquake, or swamped by tsunami, but let’s face it most processes are slow.  So if we want to watch a landscape evolve and change before us we need better solutions.  We can reconstruct past landscapes by looking at the sediments, rocks, residues and artefacts left behind, with the addition of a few dating tools we might make a good stab at reconstructing a palaeo-landscape.  Alternatively we might use historical material – archives of aerial photographs, old satellite images, historical documents, old newspapers and even pictures.  Failing that there are other tools that we can use, particularly space-time substitution which is loosely referred to as ergodic reasoning.  It might sound like something out of Star Trek, but it works!

The photograph in Figure 1 is of the River Thames in 1895, partially frozen and looking like a scene from an Arctic port.  Figure 2 shows a similar image from Chatham Dockyard.  Both illustrates the potential of historical records to bring to life past climate events.

Figure 1: Photograph in 1895 of the River Thames at Gravesend.

Figure 2: Etching from Chatham Dockyard from 1895.

As an undergraduate I read a piece of work by Pearson (1976) which used historical data to reconstruct climate and made a big impression on me.  Pearson (1976) scanned literally thousands of copies of Edinburgh’s evening papers for stories about snow.  Things like the mail coach from London being delayed and the like and assembled the data into a historical time series.  The series clearly shows a peak in the late 1700s in the incidence of snow stories.  One off course has to be careful in interpreting such data; was it really a climate event or was it simply that the frequency of reporting increased.  For example, many of the stories concern delay to the mail coach at a time of increasing economic prosperity and linkage to London; that is disruption of the mail became news.  The fact that the peak goes down gives some corroborative support to the idea that this was a real climate event, perhaps linked to the Little Ice Age.

The use of historical data is not restricted to climate events but is relevant to geomorphological processes as well.  For example, Figure 2 shows the pattern of meanders on the Mississippi based on historical maps providing important information on the rate of channel migration.

Figure 2: Use of historical maps to reconstruct the channel patterns of the Mississippi River. (Source: http://earthobservatory.nasa.gov/IOTD/view.php?id=6887)

Think of a typical crowd of people at a shopping centre on a wet Saturday afternoon.  There will be kids whining for toys, old men needing a cup of tea, hassled mothers and fathers running errands, teenage couples hanging out and gaggles of students shopping; a mixed population.  By sampling in space (e.g., picking on people in different locations) we are in effect sampling in time; sampling a cross section of the age population.  If we do that statistically we are close to employing the true concept of ergodic reasoning as developed to study kinetic theory of gasses (Paine, 1985).

In geomorphology we tend to use a looser form, perhaps better described as location-time substitution.  If we can demonstrate, or reasonably assume that process rates have remained constant, and that the landform being examined spawned progressively (i.e. multiple ages) then we can use time space substitution.

One of the more famous examples is the work of Brunsden and Kesel (1973) on the evolution of the Mississippi River bluffs.  They surveyed a series of river bank cross-sections that had been abandoned (i.e. lateral river erosion had stopped) at various times (Fig. 3).  They then assembled these cross-sections in relative time order to create a model for the ‘relaxation’ of the river bank once the river had migrated laterally away from it (Fig. 4).  It is a classic example of time-space substitution. 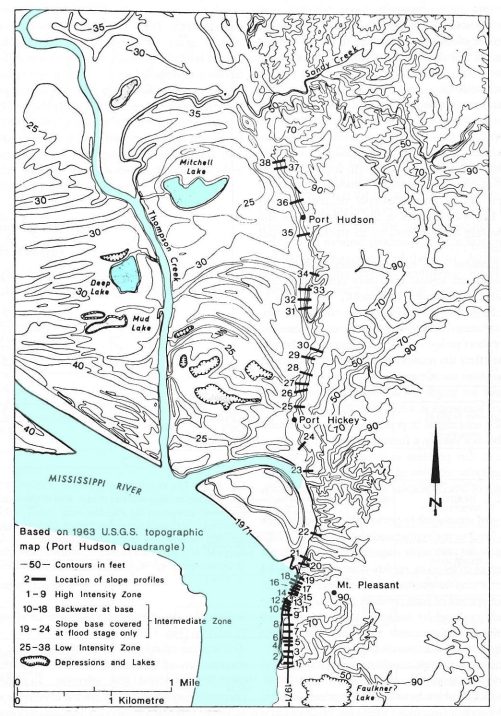 Figure 3: Sample locations along a section of the Mississippi River between Mt Pleasant and Port Hudson.  At each site a slope cross-section was surveyed.  (Source: Brunsden and Kesel, 1973).

Figure 4: Mississippi bank cross-sections organised to give a temporal model for how they evolve through time.  Note the slope relaxation when the lateral undercutting from the river is removed. (Source: Brunsden and Kesel, 1973).

Another very nice example of this approach has been applied to the evolution coastal chines like those around Bournemouth.  These are effectively gullies or incised river channels perpendicular to the coast.  In the case of the Bournemouth examples most are seasonally dry.  Their formation depends on a balance between coastal erosion causing the overall cliff to recede and the rate of headward cutting of the gully or channel.  Leyland and Darby (2008) study the formation of chines on the south coast of the Isle of Wight.