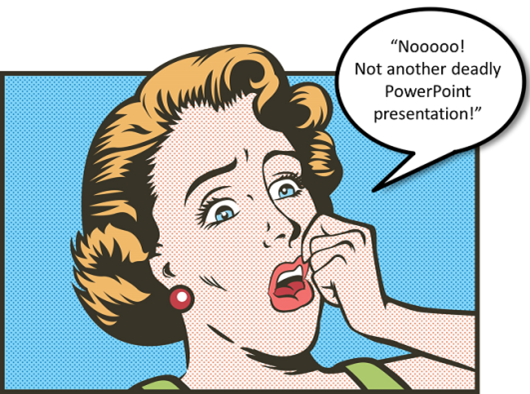 Help this research by taking this anonymous quiz.

Non-linear narratives are fun, because the audience and presenter don’t know where you will end up, or if they do they don’t know by what route (Fig.1).  I used to read to my children stories that required them to make a choice of story direction and we would weave our way through a book flipping between pages as directed.  A good story tellers sitting around a camp fire never tells a story the same way twice and are always a pleasure to listen to even if you know the stories punchline.  Long live the art of storytelling.  Just because we are scientists doesn’t mean we don’t tell stories; off course we do ‘evidence-based’ stories mind, but they are still stories. 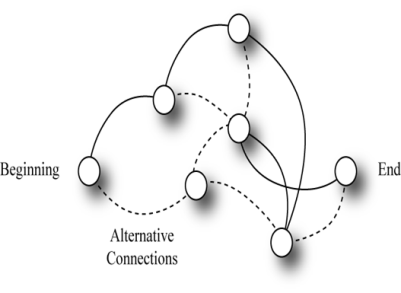 Figure 1: A good storyteller can end up in the same place but will get there in a different way each time.

Microsoft PowerPoint and similar presentation tools forces linearity and once you post a set of slides students or your listeners expect you to follow that structure and to cover all the material.  PowerPoint sets a way of thinking which is not always very helpful.  In my experience it hinders lateral thinking and positive digression.  I am not the first person to think this and there is a body of work critical of PowerPoint and also defending it.

My first serious foray into ‘non-linearity’ came in 2017 when the research team, of which I am part, was awarded the chance to present at the Royal Society Summer Exhibition.  This is the premier research engagement session in the UK, with a footfall of over 11,000 ranging from dignitaries attending black tie evening sessions, to the general public and to school groups during the day.  We designed an educational experience around our theme ‘Dinosaurs to Forensics’.  I had last exhibited in 2005.  On that stand we had a large plasma screen with a linear PowerPoint running on a loop.  It was limiting when talking to a visitor, since you would often have to wait for the right slide to appear to prompt a conversation.  In 2017 we needed a teaching innovation that was non-linear.  The solution we came up with was a series of large icons on the display board each with a bar-code.  The presenter had a wireless bar-code reader with which they could zap an icon and an appropriate item or video clip would appear on the plasma screen.  In this way the presenters were able to use the icons to support different conversations or educational messages tailored to the needs of different visitors.  It was huge success.

Now I have an interest in the visual presentation of data and I was hooked on the idea of creating an alternative to PowerPoint that was non-linear, essentially bringing the Royal Society exhibit learning into the classroom.  The concept I had was like an image board similar to something you might see on Pin Interest.  That would be the hub of your lecture.  Behind each picture would be a link to YouTube, to a block of slides or to some other resource.  Essentially it would be like a window into a bank of slides or resources that you could call upon in any order; in a non-linear order.  You would not necessarily use all the slides just those that you needed on that day.  I talked at length to my collaborator in Computer Science (Professor Marcin Budka): could we create a rival to PowerPoint?  Well one day with funding we might just do that – freeware for the non-linear narratives.  However we quickly released that we could create a PowerPoint template that would actually work in a non-linear fashion.  Essentially the home slide is a grid of boxes (a bit like the grid of icon boxes you get in Windows 10), different sizes, shapes and colours.  By clicking on a box you get a slide or slides that relate to that box including any embedded media.  There is a large back arrow on the slide(s) that takes you back to the home screen.  Basically there is no forced linear narrative.

Feeling brave and keen to co-create some educational research with my students I am trying this out on my Physical Geography students in the autumn of 2018.  Wish me and them luck!

I am interested in your thoughts on presentation software and if you would like to contribute anonymously then you can do by taking the following quiz.