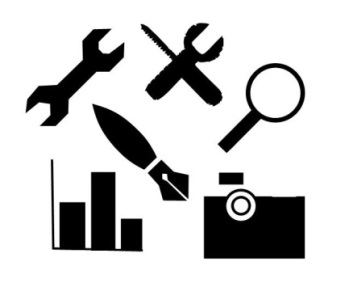 So what is freeware?  Well put simply it is software that is free or at least purports to be free!

Free is good?  Right?  In many cases this is true, in some practice-based situations it is often preferable to use a large established and well known software system.

So for example; if you are preparing a photograph for court (or something very official) and need to label the image or adjust the brightness in a dark image then it is probably better to be on the stand saying that you did this in Photoshop than say the freewware Gimp.  Juries by and large know what Photoshop is but will have heard of it but Gimp?  For the geographers preparing material for a paper or report it doesn’t really matter.

There are different types of freeware; he is my attempt at a crude classification:

There are two bits of freeware that could be used as substitutes for commercial packages that might really help , namely:

GNU Image Manipulation Program (GIMP) is a cross-platform image editor available for GNU/Linux, OS X, and Windows. It is free software and you can make changes to the source code and distribute your changes.

Inkscape is professional quality vector graphics software which runs on Windows, Mac OS X and GNU/Linux. It is used by design professionals and scientists worldwide, for creating a wide variety of graphics such as illustrations, icons, logos, diagrams, maps and web graphics. Inkscape uses the W3C open standard SVG (Scalable Vector Graphics) as its native format, and is free and open-source software.

Finally there is nothing wrong with using freeware, provided it does the job you need it to do and it does it accurately/precisely.  Sometimes however there are systems restriction within organisations which make downloading and installing such software difficult.  This does not apply to you own laptops however, just take care to only download stuff with known pedigree and from secure sites.

What follows is a list, in addition to GIMP and Inkscape that I personally think is useful to be aware off.  You may find other examples; please share what you find.  Bear in mind that my list reflects my professional interests and will be different from yours.

“There is a lot of cool freeware out there, just take a look when you need to do a specific task.”

“Everyone has their favourite pieces of software; we are all different after all.  What works for one might not work for another.  ”